There have been many great research ‘firsts’ in my life (including my fabulous initial encounter with online communities) but I thought I would talk about my first experience of ‘agile’ research. It was vertiginously agile, by default really! And by agile, I don’t mean simply cheap or fast. I mean intellectually and methodologically nimble and responsive to the situation. Here’s the case.

I had been a PhD student at the LSE for a few years already and was writing my thesis on ‘social representations of nature’ - which is basically how people think, feel and behave in relation to nature. I am not talking about their attitudes, but about the ways in which people construct the very notion of nature.

I had already done my MSc on a similar topic so I was pretty comfortable with the topic.

My problem was methodological: nature is such a taken-for-granted part of people’s lives, it rarely gets discussed. How do I generate genuinely rich and meaningful data? It was easy to get people to talk about it, either individually or in focus groups (it always is, because people are social creatures and they will typically answer any old question that is placed in front of them), but I had a niggling doubt that this was generating artefactual data, not really meaningful data. The most interesting stuff, it seemed to me, was below awareness and so difficult for people to articulate. There were dozens of surveys already but none that got to the heart of what I was interested in.

The solution to my methodological problem came over a drink at the Beaver’s Retreat, the LSE pub. A bunch of students were talking about an environmental disaster that had occurred three days earlier in the Shetland Islands. The tanker Braer, laden with 85,000 tons of light crude oil, had spilt its entire cargo a few dozen meters off the Shetland coast. This was twice as much oil as in the notorious Exxon Valdez spill and it was happening much closer to communities. The affected area was officially designated as a Site Special Scientific Interest, a National Nature Reserve and an Area of Outstanding Natural Beauty. The Shetland Islands, being isolated by some 200 miles of water from both the Scottish mainland and Norway, also had their own culture and dialect. It had its own local newspaper, which would frame the issues for the local population. And because the oil spill had to be managed and its impact monitored, there would be many outsiders. In fact, 1,400 outsiders came to Shetland in the few days after the spill. 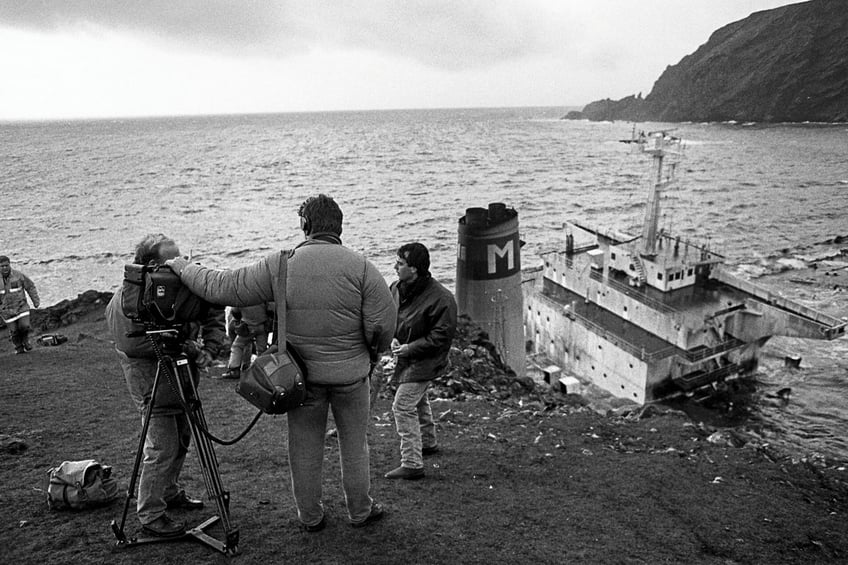 I quickly saw that this disastrous crisis would provide an ideal methodological situation: because nature was threatened, Shetlanders would be able to talk about it. They would be able to put into words the complex thoughts and emotions that are usually below awareness. And a lot of this talk would happen spontaneously, not just because I was interviewing people. As the French say: ‘Le malheur des uns fait le bonheur des autres’ (One man’s poison is another man’s meat’).

So eight days after the oil spill, after a very bumpy flight, I landed in Shetland. I had tons of questions in my head and, for my only equipment, a tape-recorder. I knew nothing about Shetland, except that it had lovely ponies! So, over a period of three weeks, I had to become familiar with the local ways, set up interviews and focus groups, attend public meetings and simply try to extract as much information as I possibly could while I was there. I subscribed to The Shetland Times (and, back in London, did a content analysis of its 375 articles under the heading ‘The Braer Disaster’). I mainly had to listen, listen and listen some more - on the radio, in pubs, outside churches, in local shops - to understand how local people were framing the issues and talking about nature.

It soon became apparent that Shetlanders hated ‘experts’. They never used the word ‘expert’ without the qualifier ‘so-called’ before it. They also distrusted foreigners more generally, collectively referred to as ‘South-Mouthers’ because, historically, all invaders had arrived to their islands via the south mouth of the harbour of Lerwick, the capital. By association, therefore, all people who are not born and bred in Shetland are to be mildly distrusted. None more so that the English - especially that specific breed of Englishmen: Londoners.

The implications were clear: to get access to people, I had to position myself not as an ‘expert’ but simply someone there to listen. I also did not say that I came from London, but from Canada. This helped open doors, despite some considerable gatekeeping. Over three weeks of intense ethnography, I conducted 17 individual interviews and facilitated 5 focus groups. These were natural groups - groups that existed independently of me, such as fishing crews or members of the local chamber of commerce. I spoke with deep-sea and inshore fishermen, crofters and farmers, people involved in the tourism industry, businessmen, local politicians, Greenpeace activists, scientists, journalists, as well as snake oil merchants who came to Shetland in the hope of selling their marine salvation wares!

Being open and responsive to all sorts of crazy possibilities was necessary. In fact, one analytical breakthrough came in the humble shape of a tea towel... I noticed in someone’s kitchen a tea towel with an inverted map of the UK. Conventional maps of the UK, like the ones used at the time in the BBC weather reports on TV, did not show the Shetland Islands in their actual geographical position. To keep the map’s scale larger, the Shetland Islands were boxed into a little inset in the Moray Firth, thereby ignoring 200 miles of sea separating them from Aberdeen. This was interpreted by the locals as a daily reminder of their peripherality and insignificance in the eyes of South folk. So, with a sense of sweet revenge and much humour, the Shetland Tourist Information Office produced its own reversed map of the UK, with Shetland, larger than life, in the centre, and the rest of the British Isles being squeezed into a small box located somewhere north-east of Unst. The tea towel, originally designed for tourists, had found its way into Shetlanders’ homes. It captured perfectly how the physical environment was deeply linked to local identity. This eventually became a key theme of the thesis.

I have never since conducted research that required such ability to think on one’s feet and agility. That was the first and it may just be the last, simply because research outside academia does not provide opportunities to change course and be quite so responsive. However, the agile mindset and the methodological creativity, I hope, remain.

On the off-chance that you may be interested in reading more about the case, it can be found in the ‘LSE History of Thought’ archive: http://etheses.lse.ac.uk/69/.

Just starting with Online Qual? Then download our helpful guide below.... 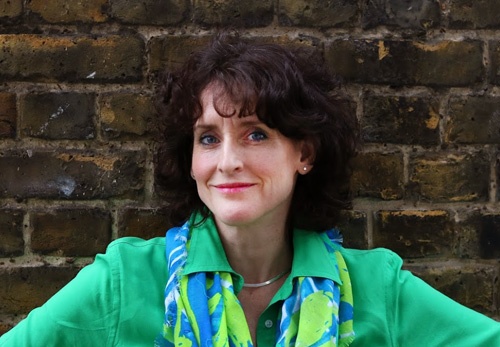 I am a Social Psychologist, so nothing excites me more than uncovering why people think, feel and act the way they do. As Further's Research Director, I work closely with our clients to make sure these insights make a significant impact on their business. 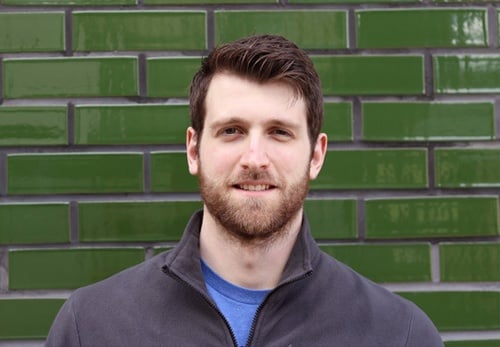 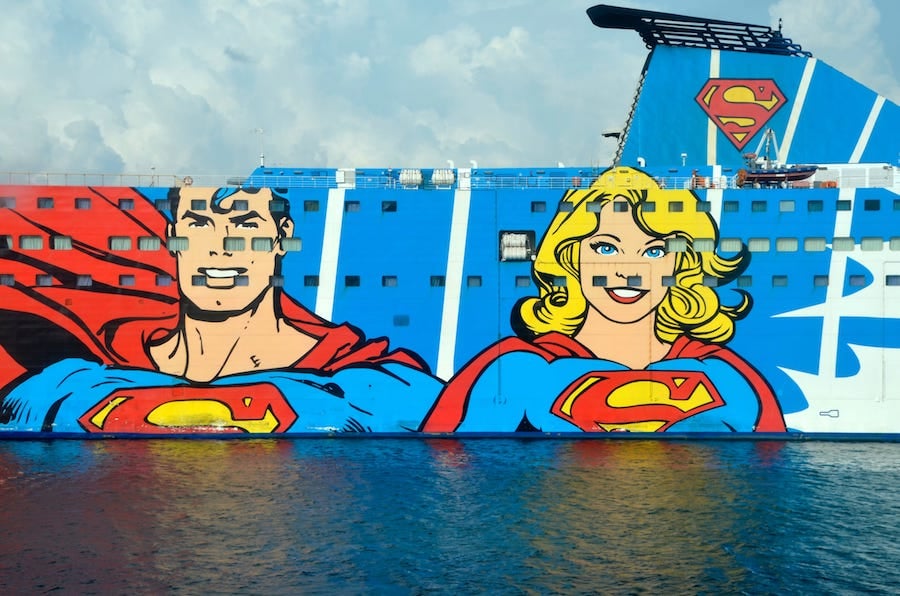